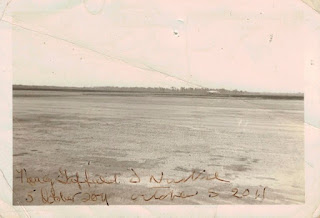 The handwritten date on the above is 5 October 2011. It’s a photograph I picked up from a shop in central London that was conducting an after-hours yard sale (big places go bust no less easily than small places; I once got a year’s supply of posh envelopes free from an office clear-out around Holborn), and I picked it up while walking from the Tube to the Waldorf Hotel in the Aldwych to meet Dennis Nurkse and Nancy Gaffield, whose names are also on that photo and who were shortlisted, respectively, for the main Forward Prize and the Forward First Collection Prize that year, the winners to be announced a little later that evening in Somerset House, just over the road, so not far to proceed after we’d pro-actively celebrated with champagne, jumping the gun.

I really can’t remember who won, that year. I do remember sitting in the courtyard, a little drunk, in drizzling rain, with Dennis, and bidding farewell to William Sieghart, founder of the Forwards, as he cycled bumpily off across the cobbles.

The Forward Prizes have moved on. They are now a much more public event, run with gusto by Susannah Herbert and Maisie Lawrence, with readings on the Southbank – see here for what’s happening next Monday. Back in 2011, there was a little newspaper flurry about the shortlist for the main prize comprising male poets only. In 2015, the judging panel is entirely female. Nod, sigh, bless. CBe has had a generous amount of free wine from the Forward Foundation: two poets shortlisted for the main prize (Nurkse, Brahic), three for the first collection prize (Morgan, Gaffield, O’Brien), and now this year Matthew Siegel for the first collection and Andrew Elliott for the single poem (chosen from Sonofabook magazine). People ask me who’s going to win and I wish they wouldn’t because I’ve read some of the books but by no means all. That’s the judges’ job, not mine.

The other reason I remember 5 October 2011 is because that very morning a stunningly beautiful 19-year-old woman knocked on the door and asked if a publisher lived here and claimed to be a poet and did I want to hear relationship stuff or politics, the former, but she rapped the politics too and I was seriously impressed and then we looked at her modelling portfolio and in particular the photo she thought would be good for the cover, bare millimetres of clothing, but her mum disagreed, what did I think? I thought, after careful consideration, that I probably wasn't the right publisher for her.

Publishing is about the most fun you can have during working hours. Is that why there are so many of us? There are eighty poetry publishers participating in the Poetry Book Fair at the Conway Hall in Holborn, London, this Saturday from 10 a.m., the annual gathering of the clans. Come along, if you haven’t got anything better to to do. Such as?

Further to the preceding: authors / badgers 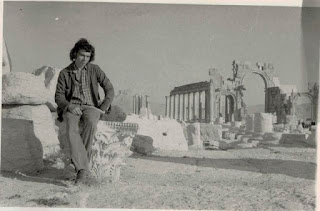 Longevity is an issue. And finite resources. Not just people living longer and therefore the burden on the NHS and the pensions mess but, to bring in a little self-interest, books.

Ian McEwan is 67. Think about this. If he keeps healthy, and he does look pretty fit, he’s going to write another 7 or 8 books, and they are all going to be published, because of his track record if nothing else, though I’d love there to be other reasons too and there may be, and all the books are going to get media space. At a time when the readership for the kind of ‘literary fiction’ he writes is not just precarious but diminishing, and mainstream publishers are cutting down their slots per year for this kind of work. (Slots per year: not many, and the authors with reputation have books in the queues for these slots. The question for many very good newish authors therefore becoming not how do I get published, but how do I jump the queue. Or do it otherwise.)

I’m 64 myself, same generation. Not only did my lot hog the grants for university, and all the available housing when it was just about affordable, and the jobs, and the travel to Palmyra in Syria (me above, sometime in the 70s, looking sorry for myself, how dared I) but the publishing lists too. (I haven't even mentioned class, race, gender. Do I need to?) And are still hogging.

So, yes, six books per author max. Or maybe cull us. It would free up a lot of space.

1 Ashbery, for example. I think he’s a terrific poet. There are times when only Ashbery will do. But I’m not going to buy every new book he publishes because I think I’ve ‘got’ him, and don’t need more of him. Sometimes, browsing in a shop, I’ll pick up a more recent Ashbery than the ones I already have and open the book at random and read a poem that immediately I need, then look at the price and think there's enough Ashbery on my shelves, isn't there, for when I need him. (It’s not as if I need him every day.)

2 Not a few times, of course, while browsing, I’ve opened a poetry book at random to a poem I have to have, and bought the book, and then found that nothing else in the book lives up to that first poem.

3 Lydia Davis a bit similar to 1, above. Do I really need more Lydia Davis? A whole lot of authors who I started reading decades ago are in this category. (I mean, I think, the ones who tend to do more of the same, however brilliantly. Maybe all authors should be allowed to publish only six books, along the lines of the Chinese one-child policy.)

4 Other times, of course, I’ll just buy the damn book. It’s what credit cards are for. The decision whether to buy or not buy can depend on something as not strictly relevant as the weather, how friendly the bookseller is, how many glasses of wine I’ve had, if I’m already doing damage by taking one to the till so another won’t hurt, etc.

5 Even though I may want them now I rarely buy books when they first come out, in their plush first editions. (Besides, there’s something poncy about reading hardbacks: a statement is being made, about money and class etc, and I’m not comfortable with going there.) I’ll wait nine months, gestation period, for the mass-market paperback. If the book turns out to be a disappointment – the last James Salter novel, for example, or the Miranda July novel – then at least I haven’t overspent. Thrift.

6 Most books cost around the same as a pack of 20 cigarettes. They are index linked. This feels about right.

7 Personal recommendations from people I’ve known long enough to know that many of their likings correspond with mine. Most recent example: Shani Boianjio, The People of Forever are Not Afraid – how did this pass me by? I’ve been reading other books in the course of reading this one, so I don’t have to finish it too quickly.

8 The above (personal say-sos) influence me much more than reviews. I suspect that Nicholas Lezard is the only UK reviewer whose enthusiasm for a book actually makes any difference at all to sales.

9 While on reviews, Robert McCrum’s talk at the last Inpress conference opened my dull eyes a little: when he was lit ed at the Observer, which is a newspaper, his choice of which books to have reviewed was to a large extent determined by whether or not they were were news. A new Ishiguro is news, in a sort of socio-cultural way; a new book of short stories by someone no one has heard of is not news. I know the latter may become news, but a newspaper functions to report news, not make it.

10 While on Time (I know I’m not, but I want to get this in somewhere), the argument that no one these days has the time to read, and certainly not to read Big Long Books – an argument often trotted out by champions-lite of the short story – is just daft. Life expectancy in the UK in 1900 for women was about 50 years (less for men, as usual; and skewed by child mortality figures, but still); life expectancy in the UK in 2012 was around 81.5 years. We have more time to read, not less. If that is what we choose to do.

11 Second-hand bookshops, yes, and especially the ones with the old orange and green Penguins: the Alberto Moravias, the Penelope Mortimers, the Muriel Sparks, the Simenons. If you come across a Penguin James Kennaway or Alfred Hayes, and there are not many of these still around, buy. (A thing about second-hand shops – which also applies to charity clothing shops – is this: if there’s only one of a thing available, that in itself makes it more desirable than if there are many.)

12 If you go to a reading or a launch party (I once worked, for two days, for a magazine in which only ships were allowed to be 'launched') and get a free glass of wine, and maybe another and another, are you under some kind of obligation to buy the book that’s being read from? Tricky one.

13 Amazon own AbeBooks and Book Depository and probably your local pizza takeaway too, so it can take a lot of effort not to buy from them, but I do generally make that effort. If a book is in print, you buy from your local independent bookshop, because if you think these shops are a desirable part of any world worth living in you can’t just rely on others. (And the saving on money from buying from Amazon would buy you what, a cappuccino?) If a book is not in print, then any source is allowable.

14 A new and covetable edition of a book I already have and love (or maybe just another copy of same in a second-hand shop): yes, if the book is important to me. It means I don’t have to be so precious about lending out (and not getting back) the copy I already have.

15 A friend, when he comes across a book whose existence is not celebrated but which he wants very much to share with others, buys 10 copies (say; sometimes more) and sends them around. Exemplary.

Christopher Reid, The Song of Lunch

Charles Boyle, The Other Jack